I come across many exciting people at work as a Hair & MUA, and Didi is one of them.

I love to meet new people, hear their stories and future plans. What inspires them? How did they get here? Here you can read about the London-based Norwegian designer “Didi”

My name is Hilde “Didi” Bjørnerud and I was born and raised in Gjøvik, Norway. Didi is my nickname and is the name I’m most known as in England.

I am an entrepreneur and designer of a new printed accessories brand called BJORNE of Norway (pronounced Bjørn). My designs are born from distinctive artistic vision infused with Norwegian culture, drawing inspiration from the dark side of Nordic nature, folklore, and Viking heritage. 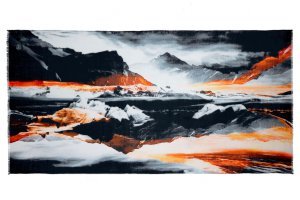 I have always had a passion for nature and adventure, and I spent a lot of childhood at my grandparents’ farm in Østsinni by Dokka. The farm is located in an area of ​​unspoiled forest and nature with both farm animals and wild forests, such as moose, deer and lynx. This gave the foundation for much of my love for raw nature and wildlife.

My grandfather was a very talented woodcarver and carpenter and I spent endless hours in his studio at the far end of the farm. I have always loved making something out of nothing and we have a number of “interesting sculptures” at home in Gjøvik made of random forest things.

My grandmother used to read me the darkest stories of eerie trolls and obscure creatures before bedtime, which often resulted in horrible nightmares. But this also led to my interest in the darker side of Nordic life, storytelling and adventure, which I feel has such a strong presence in my creations today.

By being born into a creative family (a father with amazing drawing and photography skills, a grandmother who was the queen of handcraft and a grandfather with strong carpentry and woodcarving abilities) I was able to explore all these different art forms from an early age. I always include different techniques and elements to create new and complex styles when i design.

At the age of 15 I started general studies at Tranberg (Gjøvik) Higher Education, but soon realised that this was the wrong path for me, so the following year I moved to Gran in Hadeland and started “tegning form farge” which offered mostly creative and artistry subjects. I loved this as every day was different and we worked on a lot of exciting projects. I remember some of my favourite was making models of the Oseberg viking ship and the Tune stone. After one year, I moved to Hønefoss where I completed my 2nd and 3rd year before I graduated.

While I was studying at Hønefoss High School, I applied to go to London College of Fashion. I had a big dream of moving to London to become a clothing designer since I can remember, and by chance, we were on a class trip to London when I was called for an interview with them. To my greatest joy, I was accepted to start a foundation in womenswear at London College of Fashion. A few months later I packed my stuff and moved to London. It was a big challenge as a 19-year-old to move alone to a country where I didn’t know anyone and I barely spoke English. It was also a big challenge to present my work in front of a class of unknown students of such a high caliber. It was many days I thought maybe this was a bit too big for me and I often considered returning home to “safe Norway”. This was my plan after I finished my one-year foundation course at LCF, but to my surprise one of my teachers came to me and told me that he had put me forward to do a Bachelor at Central St Martins for textile studies and I was called for a special interview that week. I did not quite know what was happening at the moment, but it turned out that LCF saw a much greater potential for me, namely studying textile design. They sent me straight to CSM without the need to go through the usual application procedure. I have heard in retrospect that this does not happen with so many, so it was a great privilege. The next 3 years in London I spent at Central St Martins where my passion for prints and textiles grew fonder. After I graduated, I was certain that I would focus on graphic design and digital printing. I spent most of my time taking my own pictures and manipulating them on my super slow pc which could often take 3-4 hours to save each of my complicated artworks. This was in 2006/7 and the technology wasn’t quite there yet.

Just after graduating from CSM, I was invited to the studio of Alexander McQueen in London. This was incredibly exciting as he had always been my biggest inspiration and idol. I followed his work for many years even from when I was living in Gjøvik, so to be invited to an interview for a textile job with him was a my an incredible highlight.

I got the job and worked for a while in his studio in Angel in London. It was a fantastic experience but at the same time incredibly tough. Often I was not home until 01am and back up 7am the next morning. Although my love for McQueen and Lee remain the same, I gained a strong insight into the fashion world that I felt I did not fully fit into yet.

When I said goodbye to McQueen, I worked mostly freelance, where I designed prints for the entire collection of Deborah Henning. This was shown during the London Fashion Week in 2018 and we were even mentioned in Vogue. We also had a popup shop in Carnaby street for a bit with her dresses with my prints, as well as some interior items I had produced while studying at St Martins (furniture chairs, pillows, canvases etc)

I worked for many years as a freelance textile and graphic designer in fashion and interior and in 2010 I secured a job as Head of Design for a design company where we made everything from ladies and men’s clothes with prints to jewellery, handbags, luxury gifts and silk scarves. This was where I got the chance to design prints for scarves. Me and my amazing boss Angelina, who taught me a lot, started a scarf brand together called Dimaea. We had a collection of over 30 luxurious silk scarves produced in Como, Italy. This received great interest from Harrods in London. After 5 years of working for so many different brands and products, I felt that I had really found my niche and “calling in life” and I chose to take a leap of faith and start my own printed accessories brand. I was still working as a freelance graphic and web designer to various clients (including McQueen Shoreditch) while I slowly but surely worked on what was going to be BJORNE of Norway a few years later.

The biggest challenge at the start was to find the right manufacturer of the scarves. I had quite big demands to the quality of fabric, colour and combination of both digital and screen printing on each scarf. It took many years and probbaly 20-30 different manufacturers before I found someone who could deliver me the the quality I wanted.

“Before The Beginning There Was Nothing” is the first series from BJORNE of Norway, which consists of intricate print on silk and modal. Developed by extraordinary designs that include photography, paintings, drawings and graphics. A combination of all the skills I’ve brought with me from childhood and up til now.

Each scarf is a hand-finished statement piece with bold prints and screen-printed metal details that highlights the Nordic wilderness. I like to weave ancient culture and heritage into new, contemporary wearable pieces.

I am conscious but not a follower of seasonal trends. My designs are very personal and they all tell a story. It’s often I work for weeks on one design to get it just the way I have imagined it. It’s not uncommon for me to dream some of my artworks and this is probably my greatest source of inspiration.

I had a soft launch in spring where I released my website with the webshop for friends and family and it was amazing with all the positive feedback and support from everyone.

It was also quite a moment one Saturday night where I was watching the The Voice UK final, and see Jennifer Hudson suddenly wearing my VARGA scarf on TV. It’s a very energetic scarf with two fearless wolves on. It suited her perfectly!!  In fact it’s become our bestseller.

At the moment, I’m working on developing a smaller men’s collection of scarves and pocket squares. I also plan to launch a small collection of printed clutch bags later this year. I am also thrilled to have been selected by House of iKons to showcase my scarves on the runway show during the London Fashion Week in September. I will also have a popup shop 15-16 September at the Millenium Gloucester London Hotel, so please pop down.

My studio and showroom are in East London but I sell most through my website: www.bjorneofnorway.com I’m also looking for more boutiques in both Norway and the UK to stock my scarves.

translated into English from https://dailystory.no/2018/06/04/bjorne-of-norway/ 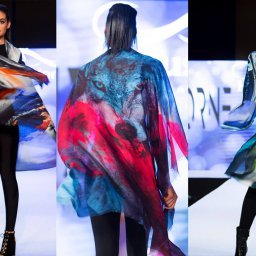 London Fashion Week 2018 What a run up to the autumn-winter season it has been! September saw the bi-annual SS19… 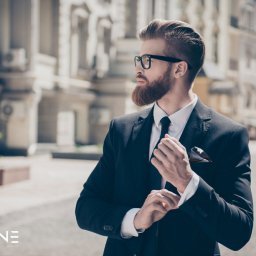 How To Wear A Pocket Square Well

The BJORNE of Norway pocket square collection As every fashion aficionado will know, enhancing style with luxury accessories isn’t purely… 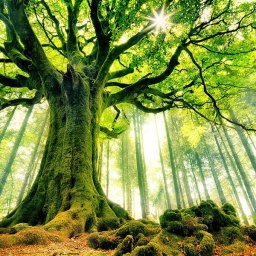 As you can see, browsing through the BJORNE collection, all the scarves are made of a super soft blend of… 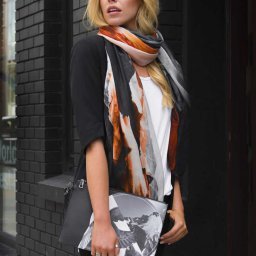 Autumn is upon us, and – in my humble opinion – not one of my designs encapsulates the season quite…