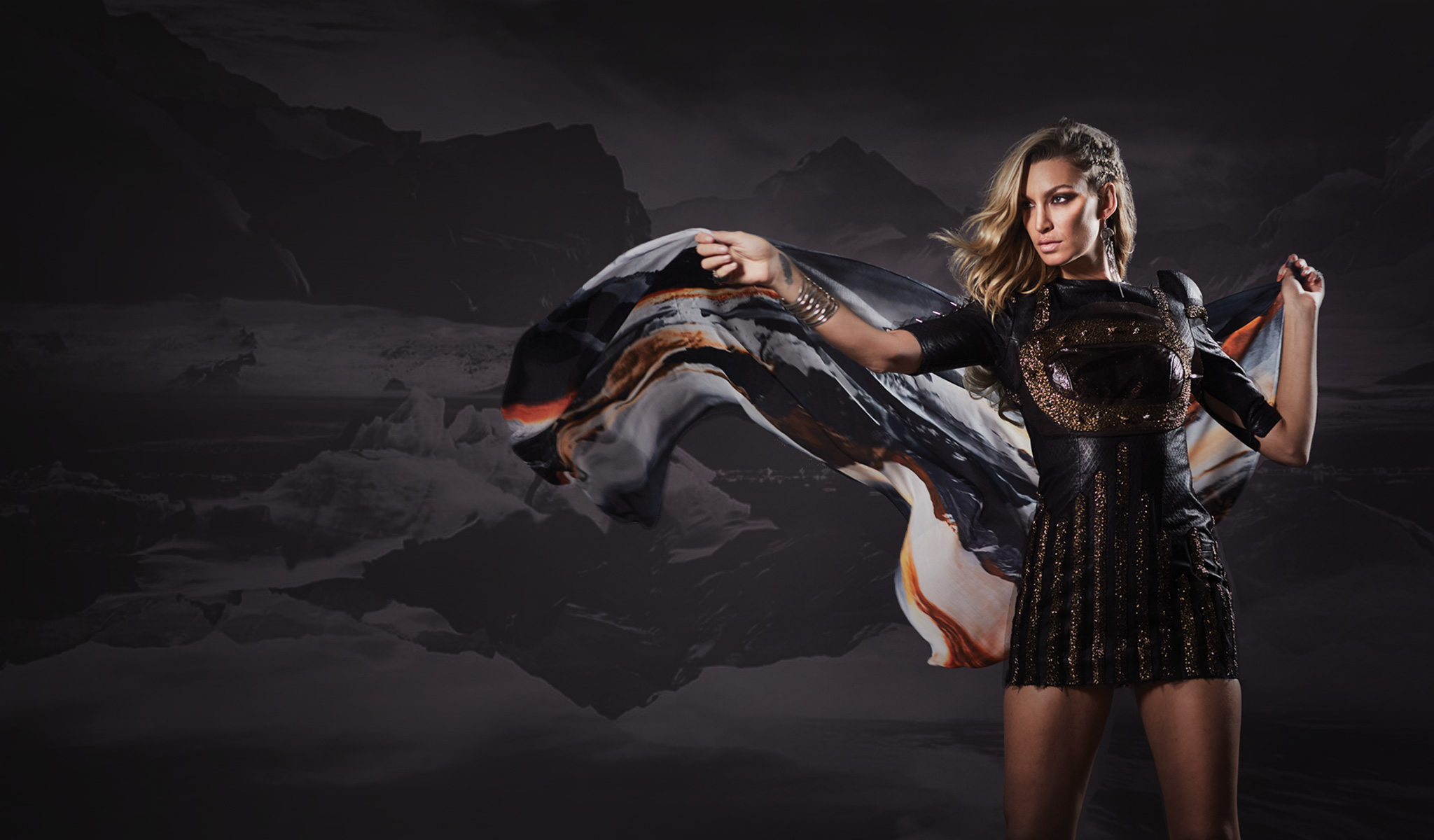 Welcome to BJORNE of Norway.

I’m thrilled to finally introduce BJORNE of Norway luxury accessories to the world. Norwegian heritage, Nordic folklore, and the Vikings have inspired each item, and so, it seems only fitting that my muse for the brand’s initial line of fashion scarves be the Creation of the Cosmos in Norse Mythology.

Before The Beginning There Was Nothing is the first collection from BJORNE of Norway. Comprised of eight intricately printed silk and modal scarves, the Norse origin story has evoked a range of arresting fusion prints,drawing from photography, paintings, drawings, and graphic art.

The result is a stunning line of statement scarves, each hand-finished to perfection, infused with the dark side of Nordic nature.

Crafting fashion from the Cosmos

As the Creation of the World in Norse Mythology begins, before the existence of anything –the soil, the sky, flora or fauna – there was Ginnungagap. Ginnungagap was a blissful abyss, free from light or sound, consisting purely of darkness and silence.

View the TUNDRA scarf here
Surrounding Ginnungagap existed two contrasting worlds. That of darkness and ice, Niflheim. And, that of light and fire, Muspelheim. As the ice of Niflheim and the roaring fires of Mupelheim danced over Ginnungagap, towards one another, fire defeated ice, and from its melted drops the godlike giant, Ymir, was formed.

View the JOKULL scarf here
As the ice of Niflheim continued to thaw, a cow, Audhumbla, emerged from the ice. Audhumbla provided nourishment for Ymir, and survived through licking the salt rocks of Niflheim. As Audhumbla continued to feed on the rocks, they began to take the form of a man, Buri.

Buri was the first of the Aesir gods, and father of the god, Bor. Bor married the Frost giant, Bestla, and together they birthed three children, Odin, Vili, and Ve. But, some time later, once Odin had become chief of the Aesir gods, he and his brothers turned to evil ways.

Together, they slayed Amir, and, from his corpse, they began to construct the nine realms of the cosmos within the desolate Ginnungagap.

From his blood, they formed oceans. From his flesh and muscles, the ground. Plants were fashioned from his hair, and clouds from his brains, while the mountains were made of his bones. His skull formed the sky, which was held by four dwarves, up above the earth.

Only then did the gods create man and woman, Ask and Embla, carved from two tree trunks. Once Ask and Embla were protected in Midgard, safe from giants, the Aesir gods grasped fiery sparks from Muspelheim and threw them to the sky, creating the sun and the stars.

All that remained of Ymir’s body was left to the ground. His remains grew into the tree, Yggdrasil, with branches that connected the nine realms of the cosmos and roots that coupled Niflheim and Musphelheim.